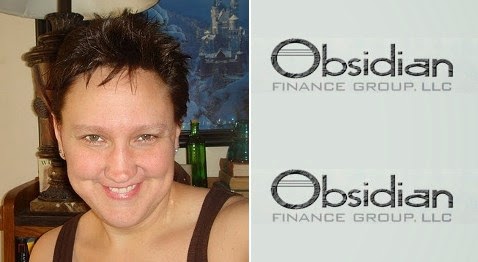 
Petition for a writ of certiorari and motion for leave to proceed in forma pauperis filed.
(Response due May 16, 2014)

No. 312201.
Court of Appeals of Michigan.
January 2, 2014.
Before: TALBOT, P.J., and WILDER and STEPHENS, JJ.
WILDER, J.
Appellant Joseph Munem appeals by leave granted from the circuit court's order denying his motion for a protective order barring discovery. Plaintiff seeks to depose Munem to discover the identities of persons who allegedly made defamatory statements about him on an Internet message board. Munem seeks to keep the identities of those people anonymous. We reverse and remand for the trial court to enter judgment in favor of defendants."

"The context and forum in which statements appear also affect whether a reasonable reader would interpret them as asserting provable facts. Courts that have considered the matter have concluded that Internet message boards and similar communications are generally regarded as containing statements of pure opinion rather than statements or implications of actual, provable fact. See Summit Bank v Rogers, 206 Cal App 4th 669, 696-698; 142 Cal Rptr 3d 40 (Cal App, 2012); Sandals Resorts Int'l Ltd v Google, Inc, 925 NYS2d 407, 415-416; 86 AD3d 32 (NY App, 2011); Obsidian Financial Group v Cox, 812 F Supp 2d 1220, 1223-1224 (D Oregon, 2011); Cahill, 884 A2d at 465. "[A]ny reader familiar with the culture of . . . most electronic bulletin boards . . . would know that board culture encourages discussion participants to play fast and loose with facts. . . . Indeed, the very fact that most of the posters remain anonymous, or pseudonymous, is a cue to discount their statements accordingly." Summit Bank, 206 Cal App 4th at 696-697 (quotation marks and some brackets omitted)."

University of Washington; Lauren Guicheteau; "WHAT IS THE MEDIA IN THE AGE OF THE INTERNET? DEFAMATION LAW AND THE BLOGOSPHERE"; Obsidian Finance Group, LLC v. Cox

While blogs have become a popular source of information and commentary, the content of many blogs is subject to little oversight or accountability. When defamatory information is posted on a blog, courts must determine whether bloggers are akin to members of the media with respect to First Amendment and state law protections.

Recently, the U.S. District Court for the District of Oregon ruled in Obsidian Finance Group, LLC v. Cox that the defendant, Crystal Cox, a self-described "investigative blogger," was not considered a member of the media for purposes of a defamation claim.

1 Cox ran a website, www.obsidianfinancesucks.com, on which she published statements critical of plaintiffs Obsidian Finance Group and Kevin Padrick.

2 These statements accused the plaintiffs of theft, tax fraud, and lies. While many of her statements were seen as opinions, the court found a few to be potentially defamatory.

3 When a case involves a media defendant and a plaintiff who is a private figure, 4 the plaintiff must show that the publication of defamatory material was at least negligent. However, the Obsidian court concluded that non-media defendants are held to a standard of strict liability for defamation. W

hen the court found that the defendant was not part of the media, the blogger became subject to strictly liability for her statements to the cost of $ 2.5 million in damages. This situation highlights the impact the definition of "media" can have on a defamation defendant."

Online news analysis and reporting through blogs, tweets, or social media posts has experienced a rapid growth in popularity, but remains distinguished from traditional media outlets such as newspapers or TV networks.
The gap is closing, however, and online publishers took another step towards legitimacy this week when the Ninth Circuit Court of Appeals determined that bloggers are afforded the same protection from defamation lawsuits as institutional media outlets enjoy.
Ninth Circuit Grants First Amendment Protection to Bloggers
In Obsidian Finance Group v Cox, the US Court of Appeals for the Ninth Circuit seems to have settled the question of blogger liability for defamation by offering internet writers the same protections historically afforded to traditional Media.
Obsidian emerged as a case between Obsidian Finance Group and blogger Crystal Cox over blog posts published by Cox accusing Obsidian of fraud, money laundering, and other financial crimes when the company filed for Chapter 11 bankruptcy.  Although most of the statements made by Cox were constitutionally protected as opinion, one statement accusing Obsidian of tax fraud resulted in a $2.5 million judgment against Cox for defamation.
The judgment was possible because the trial court determined that Ms. Cox failed to “submit evidence suggestive of her status of a journalist,” which means she was not provided the same protection against libel that newspapers and other traditional media sources have.
On appeal, the Ninth Circuit disagreed, and determined that the First Amendment protections offered to institutional media apply also to individual speakers who assert their statements via non-traditional media outlets such as blog posts.
Holding that the identity of the speaker was not important in defamation cases, the Ninth Circuit rejected the notion that institutional press has First Amendment protection that individual speakers, such as bloggers, do not."
Source and to Read more: http://www.freeadvice.com/news/Government+Law/blogger-defamation-protection.htm#ixzz2zvrSLqUP
Posted by Crystal L. Cox at 1:34:00 PM

"Bloggers all over the US are rejoicing as are we" ; Blogger Crystal Cox Gets Equal Rights for ALL Bloggers as Traditional Journalists, Institutional Press, Big Media.

"Crystal Cox is a blogger who wrote about the Obsidian Finance Group and their practices. She was not very flattering in her descriptions of the company and its principle owner. Obsidian sued Cox.


On January 14, 2011, Obsidian Finance Group, LLC, and Obsidian Senior Principal Kevin Padrick filed a defamation suit in Oregon federal court against blogger Crystal Cox. The complaint alleged that Cox had written a number of false and defamatory statements on her website, obsidianfincancesucks.com, and on “other websites.” The statements quoted in the complaint involve “tax fraud,” “fraud against the government,” “hir[ing] a hitman,” and other statements.

As the case wound through the Courts, a district court eventually decided that as a blogger, Cox did not warrant the First Amendment protections of a journalist.

Law professor Eugene Volokh and others signed onto to represent Cox.

On January 17, 2013 the Ninth Circuit Court issued its decision giving Cox the same protection as a journalist. Interestingly enough, the decision was based in part on the Citizens United v. Federal Election Commission.
The Court wrote, in part:

The protections of the First Amendment do not turn on whether the defendant was a trained journalist, formally affiliated with traditional news entities, engaged in conflict-of-interest disclosure, went beyond just assembling others’ writings, or tried to get both sides of a story. As the Supreme Court has accurately warned, a First Amendment distinction between the institutional press and other speakers is unworkable: “With the advent of the Internet and the decline of print and broadcast media … the line between the media and others who wish to comment on political and social issues becomes far more blurred.” Citizens United, 558 U.S. at 352. In defamation cases, the public-figure status of a plaintiff and the public importance of the statement at issue — not the identity of the speaker — provide the First Amendment touchstones.

Bloggers all over the US are rejoicing as are we.

The decision is short, so we are including it below the fold."