Report on what is happening in Your Neck of the Woods.

Report on What Happened to You.


You have had EQUAL Rights Legally by a High Court Precedent since January of 2014. 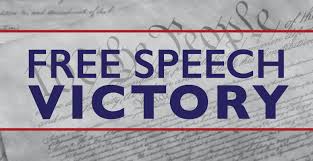 My First Amendment Court Case was the First of it’s kind to get a High Court decision that Gave ALL Bloggers, Citizen Journalist, and Whistle blowers EQUAL rights to that of the highest paid Journalist in the highest of institutional press. Now Retraction Laws, Shield Laws, and the First Amendment APPLIES to ALL Bloggers, Citizen Journalists and Whistleblowers EQUAL to the highest paid Journalists of the biggest media outlets in the world. All sides fought me, threatened me, belittled me, defamed me, pressured me to quit, harassed me, gang stalked me, investigators followed me, my emails were hacked and watched daily, and I was under constant threat for years and years to hold onto this Legal Precedent for YOU to Have YOUR Voice. In my court case, Obsidian v. Cox there was No Criminal Extortion. This was made up by the Opposition to attempt to Stop me from proceeding to the high court. And to attempt to suppress ALL of  your voices as a matter of Law. It was a Set Up by a group of attorneys, judges and big media with varying agendas.
For those who believe there was Extortion in the Crystal Cox Case, ask yourself Why None of these Court Officials, Attorneys, Judges, Cops, FBI Agents, Homeland Security, or any party private or public filed ANY criminal charges in any way so that there could be a True Investigation as to the allegations against me by Big Media. Large Law Firms, Groups of Attorneys and High Court Judges.  This was ALL to Deny the constitutional rights of Citizen Journalists, Investigative Bloggers, and Whistleblowers and to attempt to discredit the true to the best of my knowledge reporting I was doing, in that case, on Portland Oregon Judicial and Bankruptcy Court Corruption.
There was no Lies. All I reported was True to the best of my knowledge and remains to be true though I have removed the blogs per a lower court settlement.  I had got the Precedent that changed the world. I had made it to my Finish Line, my Goal and from there I let go of the battle to bring down Portland Oregon Bankruptcy Corruption.

I exposed Corruption for decades to the absolute best of my ability and with the whole truth and nothing but the truth to the best of my knowledge and ability.  Now it is your turn to TELL YOUR STORY.Many of the Articles out there about my Case, are Distorted, Jaded, Biased, Hate Filled and Flat Out False. There are some aspects to many of the news articles about my case that I do like, so it’s worth reading through to find the golden nuggets.The First Amendment court case, Obsidian vs. Cox is cited around the world in courts large and small. This Legal Precedence has changed the world and gave YOU a platform to ROAR, so Do IT. ROAR. I was Pro Se in the Lower Court. Meaning I represented myself, acting as my own attorney. I did so for one I did not have money for an attorney, and I did so as I knew that an attorney would force me to settle, to bow out and therefore STOP the case moving to the highest court possible and forcing a high court ruling as to what rights bloggers have / had as compared to the rights of the institutional press. Remember that when one goes to the Ninth Circuit, attorney or not, there is no legal case citing or information allowed that was not stated, named, created in the lower court case. So my attorney could not enter new case law, but could only use what I had already used.  I chose Eugene Volokh deliberately for this task. 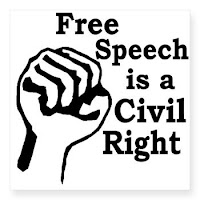 “Eugene Volokh, UCLA Law Professor
who represented Crystal Cox pro bono, affirmed:"
“This case is THE FIRST ONE from a federal court of appeals that specifically protects the rights of bloggers."http://thewartburgwatch.com/2014/01/22/court-rules-bloggers-have-first-amendment-protection/ There are Many Articles and Much Chaos around my Case. What rises to the top and Lights up Undeniably is that ALL Now Have Equal Rights to REPORT the News, and to “Break the News” even if no one else is talking about. You are the News. FIND YOUR VOICE and Tell Your Story. ~ Reverend Crystal Cox

"Bloggers all over the US are rejoicing as are we."

"As the case wound through the Courts, a district court eventually decided that as a blogger, Cox did not warrant the First Amendment protections of a journalist.


Law professor Eugene Volokh and others signed onto to represent Cox.
On January 17, 2013 the Ninth Circuit Court issued its decision giving Cox the same protection as a journalist. Interestingly enough, the decision was based in part on the Citizens United v. Federal Election Commission.
The Court wrote, in part:

The protections of the First Amendment do not turn on whether the defendant was a trained journalist, formally affiliated with traditional news entities, engaged in conflict-of-interest disclosure, went beyond just assembling others’ writings, or tried to get both sides of a story. As the Supreme Court has accurately warned, a First Amendment distinction between the institutional press and other speakers is unworkable: “With the advent of the Internet and the decline of print and broadcast media … the line between the media and others who wish to comment on political and social issues becomes far more blurred.” Citizens United, 558 U.S. at 352. In defamation cases, the public-figure status of a plaintiff and the public importance of the statement at issue — not the identity of the speaker — provide the First Amendment touchstones.

Bloggers all over the US are rejoicing as are we.
The decision is short, so we are including it below the fold."