“This case requires us to address a question of first impression: What First Amendment protections are afforded a blogger sued for defamation?”

This important new decision involved a blog post by blogger Crystal Cox, in which she accused a financial firm and its bankruptcy trustee of tax fraud.  At the trial court level, the judge rejected Cox’s First Amendment arguments concerning the liability standards that should govern the case, reasoning that she had “failed to submit evidence suggestive of her status as a journalist.”

However, the Ninth Circuit Court of Appeals reversed that decision, holding that:

“The protections of the First Amendment do not turn on whether the defendant was a trained journalist, formally affiliated with traditional news entities…As the Supreme Court has accurately warned, A First Amendment distinction between the institutional press and others speakers is unworkable.”

The court then went on to quote some of the only rational language (in my opinion) from Citizens United v. Federal Election Commission:

“With the advent of the Internet and the decline of print and broadcast media…the line between the media and others who wish to comment on political and social issues becomes far more blurred.”

The Ninth Circuit ultimately held that Cox should get a new trial and the distinction between bloggers and traditional reports is irrelevant in this context.
Eugene Volokh, a UCLA law professor who represented Cox, noted the importance of this decision in the era of online content:

“In this day and age, with so much important stuff produced by people who are not professionals, it’s harder than ever to decide who is a member of the institutional press.”

So what are some of the other important takeaways for online commentators out there?

The court reaffirmed that opinions which employ “figurative and hyperbolic language” that cannot be proved as true or false are constitutionally protected.

Additionally, “while ‘pure’ opinions are protected by the First Amendment, a statement that ‘may imply a false assertion of fact’ is actionable.”  So while opinions are usually protected as free speech, if you are making a factual claim, you should be able to provide evidence to support your claim.  For example, if you write a review on Yelp that a restaurant charged your credit card $10 more than what you signed for on your receipt, then you should be able to support this claim with a copy of the receipt and your credit card billing statement.

However, regardless of what precautions someone takes, anyone can file a lawsuit for any reason, even if it’s entirely without merit.  Luckily for those of you in about half of the states, anti-SLAPP laws have been enacted to help you get those meritless suits dismissed relatively quickly and painlessly."

The Crystal Cox Case is a Landmark Decision and it is a Game Changer for all New Media.

Bloggers achieved a significant victory when the United States Court of Appeals for the Ninth Circuit held on Jan. 17, 2014 that First Amendment protections in defamation lawsuits extend to bloggers.

In April 2014, a Florida appellate court held that bloggers were entitled to pre-suit notices for defamation suits under Florida law. Although the victories are welcome news to online content producers everywhere, the jailing of an Alabama blogger has raised questions and concerns among free speech advocates. Online speakers may still have obstacles to overcome before courts fully recognize that First Amendment protections apply to them.

The case involved a dispute between Kevin Padrick, a principal with Obsidian Finance, a firm that advises financially troubled businesses, and Crystal Cox, a self-described investigative blogger. In 2008, Obsidian began working with Summit Accommodators, which was considering filing for bankruptcy.

A bankruptcy court appointed Padrick as Chapter 11 trustee once Summit filed reorganization paperwork. Shortly thereafter, Cox began posting accusations of criminal activity carried out by Padrick and Obsidian in their work with the Summit bankruptcy on several different websites, including “obsidianfinancesucks.com.” After sending a cease-and-desist letter that Cox did not comply with, Padrick and Obsidian filed a defamation suit in U.S. District Court for the District of Oregon.

The district court held that only one blog post could be interpreted as containing a statement of fact, and could proceed to trial. Obsidian Finance Group, LLC v. Cox, 812 F. Supp. 2d 1220 (D. Or. 2011).

The remaining blog posts were considered constitutionally protected opinions because they did not contain provable statements of fact. Cox also claimed protection under Oregon’s journalist’s shield law, but District Judge Marco A. Hernandez held that she did not meet the definitions of who can receive protection as laid out by the state statute. (For more information on Cox’s shield law claims, see “Defamation Lawsuits Pose Threat to Journalists as Online Communication Complicates First Amendment Analysis” in the Spring 2012 issue of the Silha Bulletin).

Cox also made First Amendment arguments that the liability standards should be governed by the Supreme Court’s decision in Gertz v. Robert Welch, Inc, 418 U.S. 323 (1974). In Gertz, the Supreme Court held that a private plaintiff needs to show only negligence to recover actual damages from a media defendant.

But a plaintiff can only recover presumed or punitive damages upon a showing that a media defendant acted with “actual malice,” meaning that the statements were made with knowledge of falsity or reckless disregard of the truth. Gertz v. Robert Welch, Inc. Cox argued that, under Gertz, Padrick and Obsidian carried the burden of proving her negligence in order to recover actual damages for defamation.

Cox also argued that Padrick and Obsidian must show that she acted with actual malice to receive presumed damages. Judge Hernandez dismissed these arguments, stating that Cox had not proven that she was a journalist. Therefore, the protections of Gertz did not apply to her.

Cox also contended that Padrick and Obsidian were public figures. Under the New York Times v. Sullivan and the Gertz rulings, public figures are required to prove actual malice before they may recover any type of damages. New York Times v. Sullivan, 376 U.S. 254 (1964). The district court judge once again dismissed this argument, stating that Padrick and Obsidian had not made themselves public figures by becoming involved with a public controversy. Rather, Cox had created the controversy.

At the conclusion of the trial, a jury returned verdicts in favor of Padrick and Obsidian. Cox moved for a new trial, which the district court denied. Cox then appealed to the Ninth Circuit Court of Appeals, arguing that the district court had ruled incorrectly on the liability standards and Padrick’s and Obsidian’s public figure status. Padrick and Obsidian filed a cross-appeal contending that the jury should have considered their defamation claims relating to the other blog posts.

In a unanimous decision, the Ninth Circuit panel reversed the district court’s judgment against Cox. The court held that Gertz’s liability rules were not limited only to situations that involved traditional media defendants. The opinion by Judge Andrew Hurwitz explained that although the Supreme Court has never ruled that the Gertz standard applied to others besides institutional media, the Court’s language in the opinion also did not limit the ruling to institutional media alone. Hurwitz wrote, “[the Supreme Court] has repeatedly refused in non-defamation contexts to accord greater First Amendment protection to the institutional media than to other speakers,” citing several cases in which the high court declined to create a distinction between members of the press and the general public.

As a result, the court agreed with other circuits that “the First Amendment defamation rules in Sullivan and its progeny apply equally to the institutional press and individual speakers.” The court also noted that trying to create a distinction between institutional media and other communicators was very difficult.

Therefore, the court said that the key First Amendment factor under Gertz in defamation cases was not the identity of the speaker. Rather, “the public-figure status of a plaintiff and the public importance of the statement at issue” are the key First Amendment considerations. Through this rationale, Cox, as a blogger, was entitled to the same liability standards that traditional forms of media received under the First Amendment.

In addition to determining that Sullivan and Gertz protections apply to the general public, the appeals court also rejected the argument that Gertz was limited to defamation cases involving matters of public concern. Hurwitz wrote that even if Gertz was limited to such a situation, Cox’s blog posts concerned public matters qualifying for protection.  However, the appellate court rejected Cox’s argument that Padrick and Obsidian became public officials because a bankruptcy court appointed them to oversee Summit’s affairs and provided compensation to them. The court also held that Cox’s remaining blog posts were clearly opinions. The panel concluded its decision by granting Cox’s request for a new trial.

Volokh also noted that the decision followed similar court rulings that granted First Amendment protections to other writers and book authors, although this ruling appeared to be the first to grant protection to bloggers. In the same article, Gregg Leslie, the legal defense director for the Reporters Committee for Freedom of the Press (RCFP), said the ruling confirmed the fact that Gertz was “not a special right to the news media.” Rather, it applied to everyone. “So it’s a good thing for bloggers and citizen journalists and others,” Leslie said.

In a Jan. 24, 2014 commentary, First Amendment Center President Ken Paulson called the Ninth Circuit’s ruling a “landmark decision.” Paulson noted that given the growing financial constraints on traditional news media, many bloggers had taken on the role of the watchdog of people with power. The Ninth Circuit’s holding that bloggers deserve the same protections as traditional media was “something worth celebrating.”

On the same day, Jim Rosenfeld, Ambika K. Doran and Jeremy A. Chase, attorneys with the firm Davis Wright Tremaine LLP, called the decision “a major win for individuals who blog, share, tweet, and otherwise publish their views online.”

The attorneys explained that the panel’s language provided First Amendment protections to all speakers regardless of affiliation with institutional media.

As a result, the attorneys said, “an individual blogger, website operator or social media users speaking publicly on the Internet enjoy the same First Amendment protections from defamation claims as traditional media publishers.” 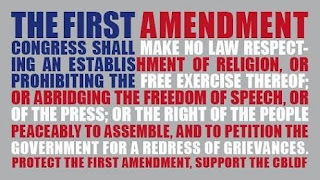 Nevertheless, some observers have noted that the case may not be a total victory. In a Jan. 17, 2014 post, Digital Media Law Project director Jeff Hermes wrote that although the court rightly decided the case, he was concerned that the court’s statements seemed to suggest that the reason Cox’s speech was protected in some blog posts was because few people could reasonably believe that content on blogs.

Hermes wrote that such assumptions about online content could devalue factual speech in the name of protecting it. “Respecting speech means evaluating it on its merits, instead of assuming that it has none,” he said."